How cultural institutions are embracing digital technology
Commissioned by the Wyncote Foundation
Philadelphia, PA
Opera Philadelphia is building its reputation as a leading innovator in American opera by infusing its programming, marketing, and engagement activities with the knowledge and insights amassed from analytics and audience research. 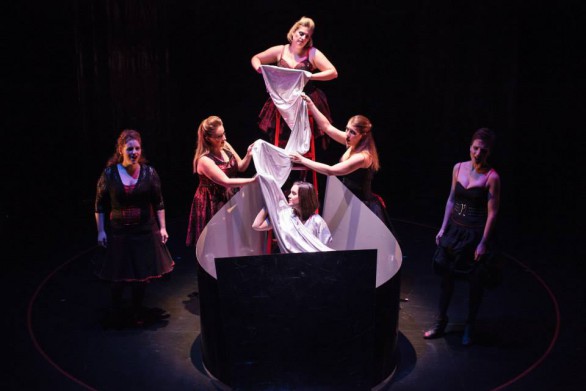 Philadelphia, PA
Opera Philadelphia is building its reputation as a leading innovator in American opera by infusing its programming, marketing, and engagement activities with the knowledge and insights amassed from analytics and audience research.

Opera Philadelphia is celebrating its 40th anniversary this year. The company traditionally performed its full season in Philadelphia’s Academy of Music, the historic opera house located in the center of the city, but now performs in multiple venues. Known formerly as the Opera Company of Philadelphia, the organization operates in the shadow of the much larger Metropolitan Opera in New York City. Philadelphia’s opera aficionados can easily see Met productions live, taking the train or bus to New York for the evening and returning home to sleep in their own beds. As a result, Opera Philadelphia has sought to distinguish itself through creative production values and unique audience experiences. The company also has a long history of nurturing emerging talent and has benefitted from close relationships with outstanding young singers training in the Curtis Institute of Music’s Vocal Studies program and from students and graduates of the Philadelphia-based Academy of Vocal Arts.

David Devan has led Opera Philadelphia as its General Director since 2011. Through Devan’s efforts Opera Philadelphia has significantly diversified its programming and pursued the goal of “belonging to Philadelphia.” Beyond the three main stage productions at the Academy of Music, Opera Philadelphia has added several new programs that together create a portfolio designed to appeal to different segments of the opera-going public, from novice to expert. The spectrum spans from the populist Opera on the Mall, the free outdoor season opener, to the Aurora Series of chamber opera, for audiences seeking rarely performed and new work, performed at the intimate Perelman Theater at the Kimmel Center. Also significant are company investments in the creation and development of new opera, including its newly launched multi-year Composer-in-Residence Program, and The American Repertoire Program, a 10-year commitment to produce one American opera each year. Opera in the Schools brings operatic performances into Philadelphia schools and provides teachers with curriculum materials related to operas in production. Students and families can watch opera live by attending free dress rehearsals. The company’s Hip H’opera program works with urban teens to encourage creative expression. As a result of this teen program, Opera Philadelphia commissioned a hip-hop opera, currently scheduled for production in 2017.

Opera Philadelphia’s program diversification is the direct result of its investment in audience research. Subscription and ticket revenue had been flat, so the organization sought insights into ways it could grow the audience, reputation, and revenue for its work. Devan led the development of a new season structure designed along “channel” lines that reflect differing preferences for types of experiences, venues, and productions, knowledge derived from audience research initiatives. By segmenting its production calendar to offer a variety of experiences, Opera Philadelphia anticipated that its regional footprint would grow, and it has. Piloting two new programming streams during the 2013-14 season resulted in 10 percent growth in audience.

The company has strengthened its customer relationship management systems in order to foster the capability to conduct research. Without the ability to track and mine audience data and to identify individual preference trends over time, the Company could not adequately forecast audience behavior. An aggressive program of collecting and tracking audience data became a critical part of the segmentation strategy. The free Opera on the Mall performance, for example, requires reservations so that the company knows who attended and whether they represent names new to the database. This seemingly simple move allowed Opera Philadelphia to identify a trove of new attendees and to follow them to see whether they purchased main stage or other tickets.

As learning and insight have increased, so has the Company’s appetite for greater understanding of its audience (both current and potential). A recent grant from the Pew Charitable Trusts allowed Opera Philadelphia to hire leading consultants from the for-profit sector to conduct deeper research and report on findings. Their approach looked not only into ways the audience already behaves, but also asked questions about new program options. As a result, Opera leaders are now planning further changes to the structure of the season. Devan and the artistic staff are applying robust data analytics to the production planning process, and linking their new knowledge about audience preferences to the artistic development pipeline. 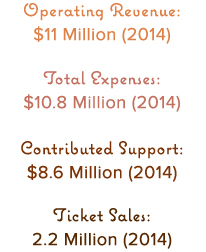 The audience research process is creating ripples across the organization and its systems. Necessary upgrades in database and ticketing software are helping Opera Philadelphia track attendance and purchasing trends, and offering tools for creating more efficient on-line purchases. Research insights have also shown Opera Philadelphia how quickly customer preferences and habits are changing. The management team reports that the iterative nature of audience research over the past five years has helped them build a more nimble organization, something almost unheard of among opera companies. While the company still engages in the traditional practice of multi-year artistic planning, it maintains the flexibility to make real-time adjustments guided by data and consumer insights.

Opera Philadelphia collects its video productions on an active YouTube site. The “Digital Stage,” as Devan describes it, offers on-line audiences the opportunity to see and hear the Company, and includes trailers, playlists, and previews of coming productions. As one participant in the John L. and James S. Knight Foundation’s national “Random Acts of Culture” program, Opera Philadelphia surprised people in stores, train stations, and other public places with impromptu operatic choruses, bringing opera singing from the concert hall out to the streets. The Company filmed and digitally distributed these choral pop-ups; several have been viewed more than 1 million times.

Recently Opera Philadelphia was able to attract Youngmoo Kim as Resident Technologist. Kim’s role is to help bring together and accelerate Opera Philadelphia’s digital efforts across audience insight, production, and marketing departments. Kim is the Director of the ExCITe Center of Drexel University. (ExCITE is the University’s “creative space for people who want to work together on innovative projects that benefit the Philadelphia community and beyond.”) His goal is to help Devan “build innovation into the DNA of Opera Philadelphia” and to bring a technologist’s perspective and approach to that work. His residency started in September 2014. Already, it has led to innovative audience engagement experiments, such as the cell phone “storm” the audience was cued to produce at Opera on the Mall by simultaneously lighting their thousands of cell phone flashlights, and a free online course created in collaboration with Drexel University and the University of Pennsylvania.

Together these innovations make Opera Philadelphia a company to watch. Peter Dobrin, longtime critic for the Philadelphia Inquirer says Opera Philadelphia has become, “the most skillful calibrator of populist appetites and the need of the art form to progress.” Its innovations are possible because of new digital capabilities: identifying and tracking audiences, mining data for audience insight, and matching programs and marketing messages to specific customer segments. Add to this the company’s interesting productions with leading singers, the creative use of digital projections in these productions, a flair for distinctive video, and a new Resident Technologist, and you can expect creative combustion from Devan and his leadership team.